Disadvantages of trough drinkers: the water tank is exposed to the air, and the feed, dust and other sundries are easy to fall into the tank, causing drinking water pollution; Sick chickens can easily transmit pathogens to healthy chickens through drinking water; exposed water tanks will cause the chicken house to become wet; Waste water; need manual cleaning every day.

Installation requirements for trough drinkers: trough drinkers are installed outside the fence or on the wall to prevent chickens from stepping on and polluting the water source. 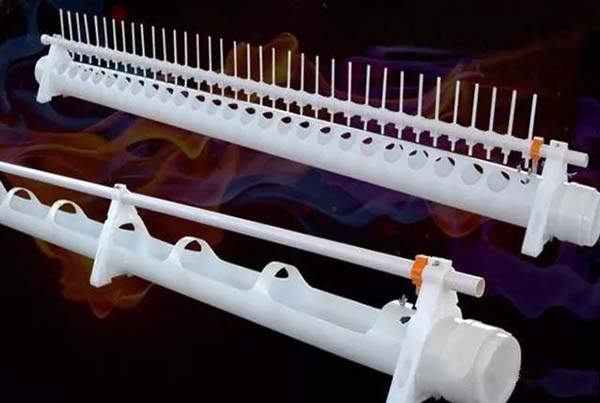 Disadvantages of vacuum drinking fountains: It needs to be cleaned manually 1-2 times a day, and water is manually added many times, which is time-consuming and laborious; water is easily polluted, especially for chicks (chicks are small and easy to step in).

The installation of the vacuum drinking fountain is simple and consists of only the tank body and the water tray. When using, fill the tank with water, screw on the water tray, and then buckle it upside down on the ground, which is simple and easy to use, and can be placed anytime, anywhere. 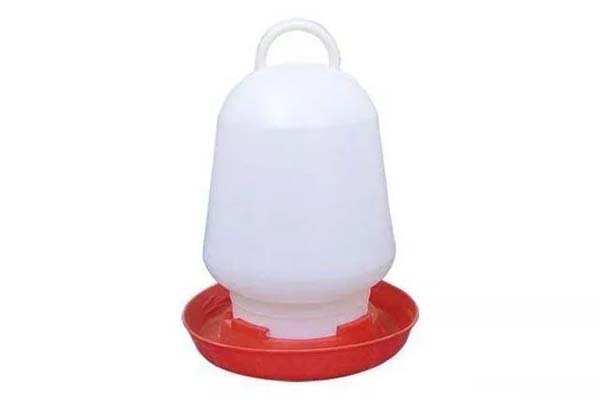 Nipple drinker
The nipple drinker is a mainstream drinker in chicken farms. It is very common in large-scale farms and is currently the most recognized automatic drinker.

The advantages of the nipple drinker: sealed, separated from the outside world, not easy to be polluted, and can be cleaned effectively; not easy to leak; reliable water supply; water saving; automatic water addition. 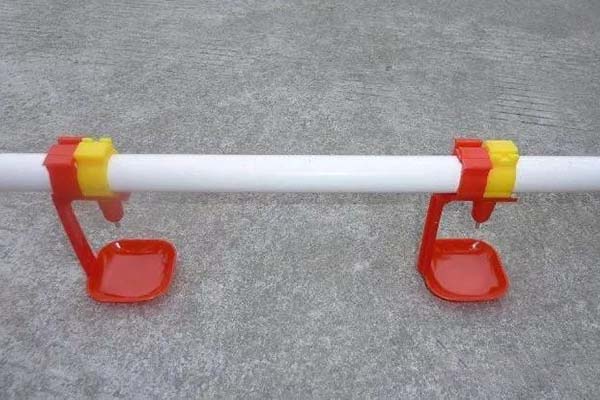 Note: water immediately after installing the teat, as the chicken will peck it and will not peck it again once there is no water. It is recommended not to use rubber seals that are easy to age and leak, and PTFE seals can be selected.